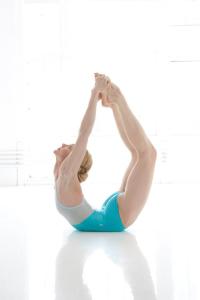 A Northern California native, Courtney Mace moved to New York city in 2001 where she was first introduced to Bikram Yoga. Though she
practiced many styles of yoga and various forms of healing arts, it was Bikram Yoga that offered her the greatest opportunity for transformation. This dynamic series of postures brought health and balance to her life. Inspired to share this platform for healing and self discovery with others, she graduated from Bikram’s teacher training in 2006. Courtney has competed in the Bishnu Charan Ghosh Championship three times, each year setting new goals for herself and working to refine her practice. In 2009 she was awarded the title of both National and International Champion. As a USA Yoga champion, coach and judge, she has traveled around the world sharing the benefits of yoga and inspiring people to believe in their unlimited potential.